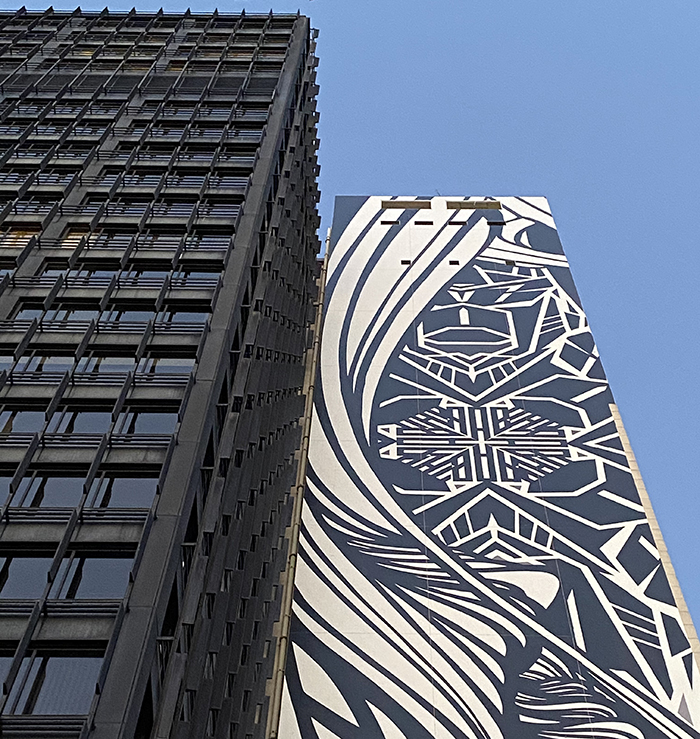 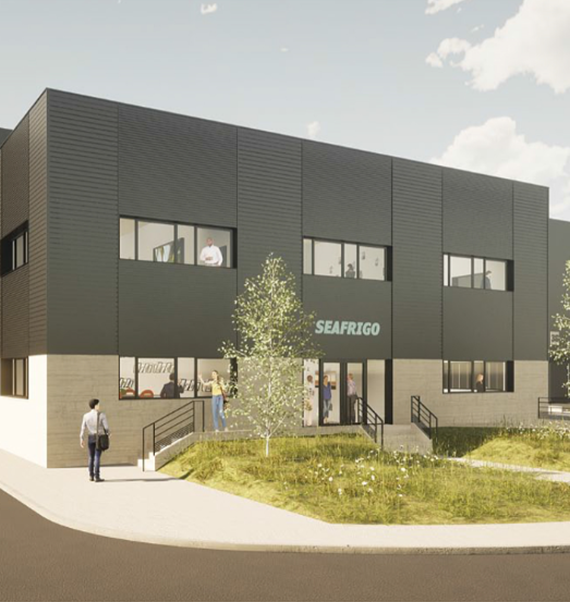 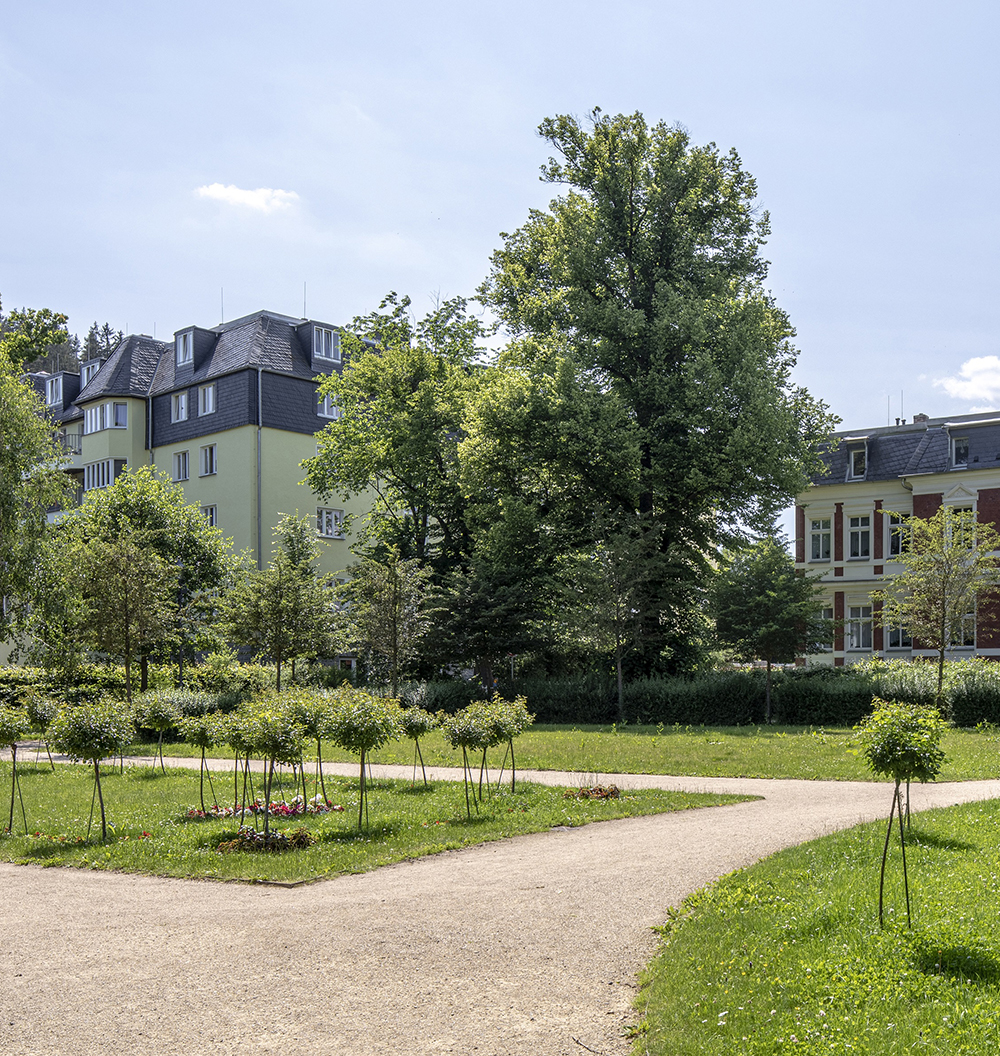 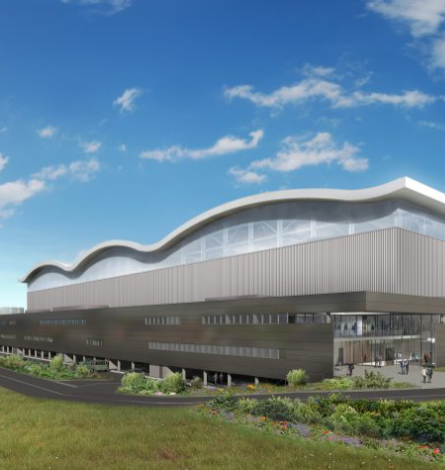 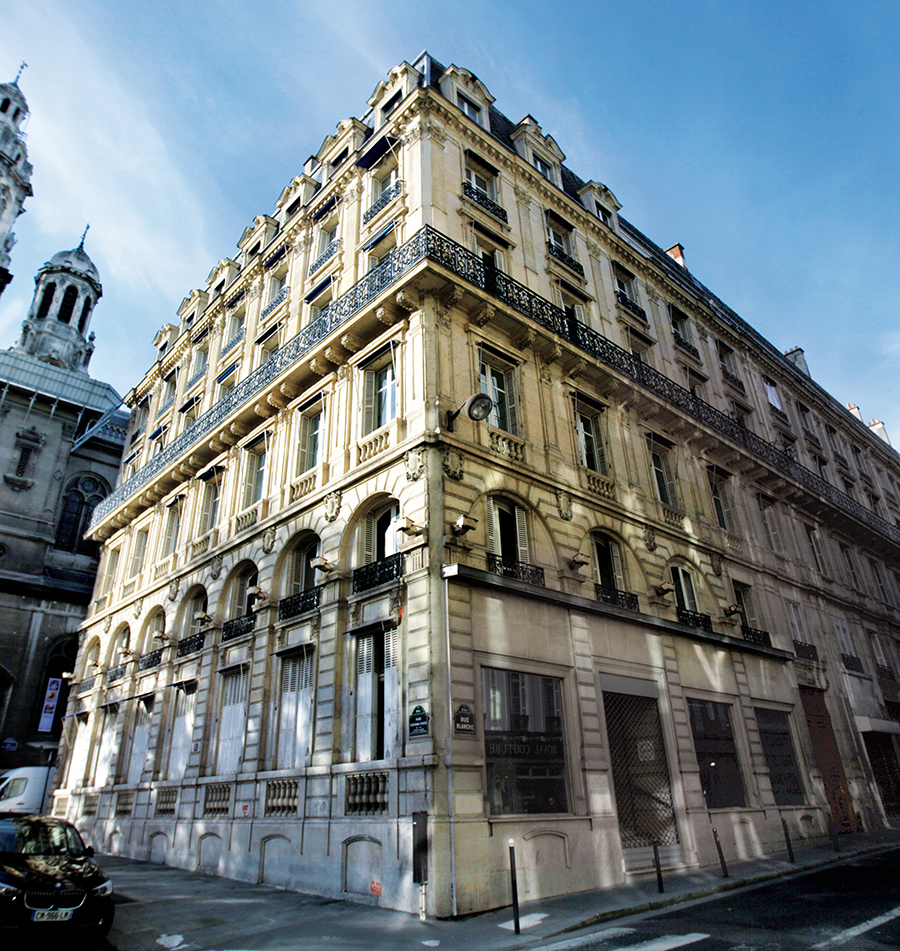 GROUND UP, Europe’s largest mural is coming to the IT Tower in Brussels

Ground Up. Two words, three artists and an exceptional project set up by the most diversified real estate group in Belgium, AG Real Estate. Towards the end of the summer, the technical tower of the emblematic IT Tower will be adorned with the largest mural in Europe, made up of huge stickers designed by ALVARI, KOOL KOOR and MINO1.

The tension is palpable in the corridors of AG Real Estate, the great moment is approaching, finally this ambitious project can be unveiled. This is a collaboration between three renowned street artists – ALVARI, KOOL KOOR and MINO1 – who have joined forces to design a huge mural. But some other parties are involved too: Promo Signs, the company with the technical knowhow to convert the design into the gigantic stickers, and Alpibat, the climbing team that will abseil from the top of the building to apply and assemble the stickers.

The initiative for the mural was taken by AG Real Estate, which is making its IT Tower on Avenue Louise available as the base for this exceptional work of art… A feat that will result in an artistic attainment on a scale never before seen in Europe.

For many years, it has been a matter of pride for AG Real Estate, in collaboration with the City of Brussels, to highlight its history with notable events and major initiatives. A kind of cultural patronage, often with (literally) large-scale projects featuring a large number of people and logistic resources. The corporate philosophy has long been in agreement and is now being translated into a new adventure, Ground Up.

‘AG Real Estate wishes to draw attention to its projects and be a genuine partner for all the parties involved in Brussels’, says Serge Fautré, CEO of AG Real Estate. ‘We must not forget that we have an impact on all strata of the city and are involved with everyone in Brussels, whether they live here, work here or are simply visiting. We wish to introduce modern art into the city because we want to allow people to discover a different vision. This new action enables us to put our asset in the spotlight and increase our visibility.’

And this visibility will be there for all to see! An unprecedented design on an unprecedented scale, the result of an unusual collaboration between three urban artists who have a close attachment to or were born in Brussels, which from the end of the summer will adorn the three sides of the technical tower of the IT Tower. With a surface area of 4010 sq.m, Ground Up will become the largest vinyl work of art ever to have been made and installed in Europe. A visual attraction that fits into the urban landscape and with which AG Real Estate can put the spotlight on the southern approach to Brussels and can confirm its role as an innovative and committed real estate player.’

The paths of AG Real Estate and ALVARI, KOOL KOOR and MINO1 crossed for the first time in 2018, on the occasion of Brussels City Dolls. This was the first successful artistic campaign for a charitable cause and created a taste for more. It was consequently quite normal for AG Real Estate to call on that trio again for the Ground Up project. To put this into practice, the three artists had to coordinate their unique graphic universe and at the same time respect the urban setting. ‘We’ve had to learn how to collaborate in harmony to bring this non-everyday project to a successful conclusion. The surprising result is the outcome of our strong rapport.’

ALVARI is 46 years old, a Belgian-naturalised Dutchman who has lived in Brussels for a few years and is known for his ornamental, organic arches. ‘I’ve been a professional artist-painter since 2004. I started in advertising design and later switched to Fine Arts to turn my career in a new direction. I grew up in New York. When I arrived in Brussels I dragged along with me a heap of baggage from my childhood in the United States. I’m a child of skateboarding, rock and DIY culture. I often work with recycled materials, I do upcycling … I don’t keep a CV, I’m only occasionally to be found on social networks and I prefer human contact. Taking part in a project like Ground Up makes me happy, because I don’t do that much urban art.’

KOOL KOOR, the eldest of the trio and its wise soul, is a 56-year-old artist from New York. He was born into an artistic family in The Bronx and takes his inspiration from modern architecture and utopian civilisations. He was one of the pioneers of street art, and introduced it into Belgium in the early eighties. ‘Design has always been my safe haven. In my youth I was completely captivated by anything to do with space and science fiction … I still remember how my jaw dropped when I saw the first steps being taken on the Moon on television.’ This creative spirit pieced together his own universe. It started with graffiti. From the age of 12 he left his name in every stairwell. As a young adult he organised his first exhibition, he started studying art… and he was finally on his way. KOOL KOOR is currently living in Brussels, and this year celebrates 40 years of exhibiting.

The third member of the trio is MIN01, aka Victor Vector, a geek with a passion for robots and the digital world… He is the son of an artist mother and has not had any real academic training. As a self-taught artist he explores a graphic universe that is both futuristic and puzzling. ‘I started with tagging and found happiness with RAB, a collective of DJs/rappers/breakers/graffiti sprayers set up in Brussels in 1989… A breeding ground of talent, and I transcended myself there. I’ve always had a fascination for American culture, fonts (the font used by the New York Yankees), sport brands (the NBA), American trucks (the Peterbilt brand) … And I’ve always had a soft spot for the design of logos. Later on I developed an interest in screen printing and switched to stickers and the printing of textiles.’

The men whose paths crossed a few years ago and who have remained friends since. Three artists who usually employ quite different media to express themselves, but who have a common goal: to give passers-by a stimulating image of the future and to make them look at the world in a different way. An optimistic, inclusive message with which they address everyone in Brussels with the mural Ground Up. ‘Our society is on the look-out for ways it can function, and it does that by adapting and evolving. For our artists it’s a life choice! It doesn’t matter who you are or where you come from. If you grant yourself time and space, the sky’s the limit.’

Luc Dethine is the manager of Alpibat, a company of climbing teams and rope workers. ‘By training I’m a gymnastics teacher, but I’ve been involved with ropes for 30 years and have been practising this profession for 20 years.’ He has been involved in some quite special assignments over those two decades. ‘To take a couple of examples, I’ve been involved in the renovation of the Atomium, have installed lightning conductors inside the chimneys of the Tihange nuclear power station …’ He and his colleagues will apply the stickers that together will make up the mural to the IT Tower, and they are consequently crucial to the Ground Up project.

‘A rope worker first of all has to search for the best access route. We use ropes to reach difficult places,’ says Luc Dethine, beaming with enthusiasm. ‘The trade of rope worker is 20 professions at once!’ A profession where you have to be able to do everything, think quickly and have two right hands. It’s dangerous job where you have to be constantly alert to make sure you don’t fall, a profession for which you have to gain certificates. Weather is the greatest problem. Rain can make the ropes slippery, and the wind in particular plays a significant role. The maximum permitted wind speed for this project is set at 25 km per hour. When it blows harder, we don’t work,’ Dethine adds. ‘That’s the greatest challenge in applying the stickers.’

Olivier Geelhand works for Promo Signs, the company that has the technical knowhow to produce the stickers. He deals with collating the files, in cooperation with the artists, as well as conditioning and printing. ‘The entire surface area is divided into carefully numbered boxes. What we do is actually create a gigantic puzzle, where we print each piece separately on vinyl stickers. We work on the technical tower of the building, three walls that are 95 metres high and about 15 metres wide. That means that there is a surface area of about 4000 sq.m to be covered, and more than a thousand stickers have to be applied.

A project on a dizzying scale, even for the Brabant-based company with more than a quarter of a century of experience.’ Although Promo Signs is well accustomed to XXL projects, we usually limit ourselves to commercial campaigns. It’s the first time we’ve been involved in a project on the scale of Ground Up.’ 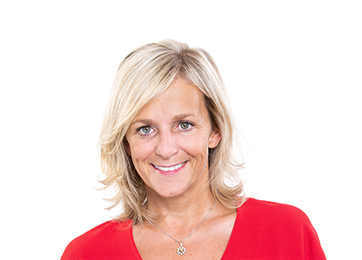 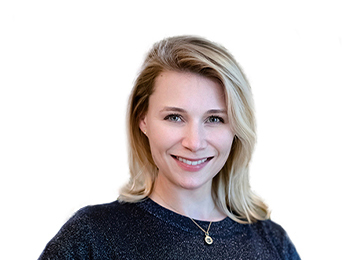